The Cross-chain Bridge: What Is It?

Your Guide to Unified Tax Credit

How CFD trading can help you develop…

What You Need to Know About Binary…

Best chart patterns to use in India

Setting aside Cash Tips – Little But… 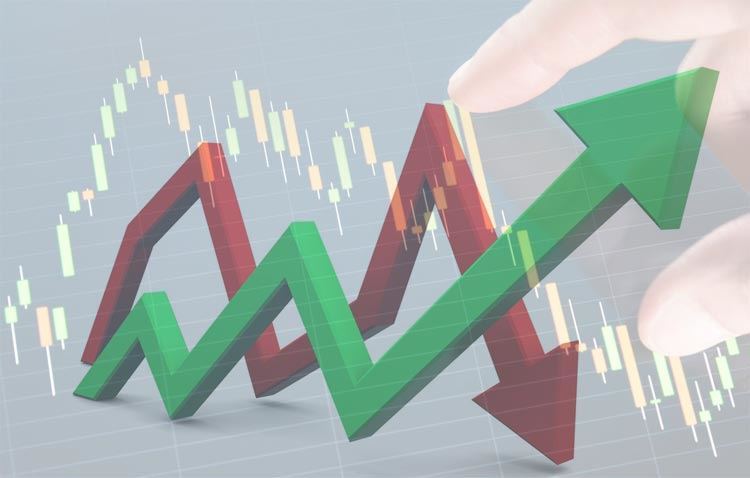 Best chart patterns to use in India

The Indian stock market is growing fast, with many businesses opening up to the world. To choose which ones are likely to become successful, there are several chart patterns that traders look for to determine if their investment will be profitable or not.

The cup and handle chart pattern

The first type of chart pattern is the cup and handle. This pattern usually forms after a sharp rise in price over three weeks – six months. Most of these patterns form after an extended decline; therefore, it has low reliability (especially on short-term timeframes). However, when this formation does occur during an uptrend, it can be used as an opportunity for profit. The shape of the cup portion resembles that of a teacup, while the handle should ideally resemble something like a flag.

This pattern indicates that the stock price has risen quickly but has now reached its peak and is starting to decline after a period of consolidation. The ideal buy zone for this chart pattern would be on the right-hand side near where the cup ends. Traders can then wait for confirmation that the uptrend will continue through another breakout to make their profits.

A bullish continuation pattern is when there are consecutive white candles, followed by one black candle which closes lower than the previous bar’s close but not low enough to pierce below its open or low points (if it pierced either of these points, it would indicate weakness). After this signal occurs, traders should look for an up bar with a close higher than any of the three previous bars (i.e., it has to be white). This pattern indicates that there will be an uptrend shortly after the bar closes and can therefore be used as a good entry point for buying the stock.

A bearish continuation pattern is similar to the bullish one. Still, instead of consecutive white candles, consecutive black ones indicate that the price is descending even further downwards. Traders should look for another downward signal with a closer below its open or low points; this signals weakness in the market and might indicate that prices will continue to decline. After this signal occurs, traders can look for either an upwards breakout or at least two up bars with higher highs before entering into short trades on subsequent downwards breakouts.

A reversal pattern is similar to a continuation one, but instead of signalling more increases in price, it signals the potential reversal of the current trend. It occurs after an upwards breakout and is made up of several candles, forming a descending or ascending triangle with each bar making new highs or lows, respectively, indicating resistance and support for the stock’s price at those levels.

A double top comprises two consecutive peaks with consecutively higher highs and lows; it indicates that there was no support for the stock between these times. After traders see a double top, they should look for another candle that signifies weakness (i.e., a bearish signal) before selling their positions in the stock.

This pattern acts as resistance when after seeing two consecutive tops or troughs in price, traders can start looking for bullish signals to re-enter into long positions if they appear since an upwards trend usually follows this. Traders must be careful not to fall into a trap where they try and force the price to break through this line of resistance (which it will not) before they start re-entering into their long positions.

New investors who want to open a forex account india should use a reputable online broker from Saxo Bank and trade on a demo account before investing real money.

How CFD trading can help you develop a winning strategy

The Cross-chain Bridge: What Is It?

Your Guide to Unified Tax Credit

How CFD trading can help you develop a winning strategy

What You Need to Know About Binary Options Brokerage Accounts

Your site doesn’t have any tags, so there’s nothing to display here at the moment.